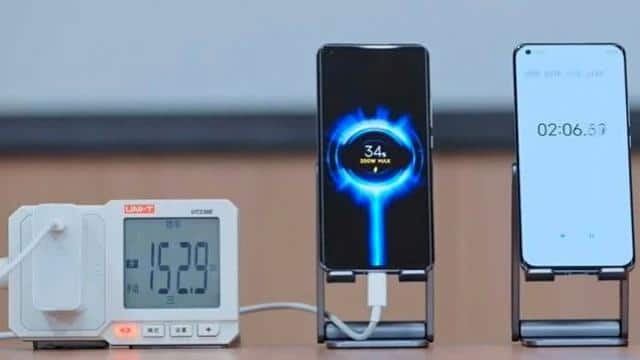 80% battery life will remain even after charging 800 times
In response to this question asked about the safety of smartphones, the company confirmed that this technology is completely safe and it has been commercialized after a lot of research and development. The company further said that more than 40 safety and security measures have been taken for the new charging technology. When Xiaomi was asked about the battery life of the phone and the impact of 200W charging technology on the device, Xiaomi said that even after charging 800 times, the phone’s battery life remains up to 80 percent and this is the industry standard. is far above.

Phone will be fully charged in 8 minutes
While unveiling the HyperCharge fast charging technology, the company showed how with the help of this technology, a smartphone with 4000 mAh battery gets 50 percent in just three minutes and full charge in 8 minutes. Similarly, 120W wireless charging can charge the 4000mAh battery to 10 percent in one minute and up to 50 percent in seven minutes. At the same time, it took 15 minutes for the battery to be fully charged with 120W wireless charging.

Mi series new flagship phones may enter
Xiaomi’s 120W Hyper Wireless Charging is said to be the successor to the company’s 80W wireless charging that was launched in October last year. It takes 19 minutes to fully charge the 4000mAh battery with Xiaomi’s 80W wireless charging. Now it will be really interesting to see in which of its upcoming devices the company introduces this charging technology. It is expected that the company can offer HyperCharge technology in the new flagship device of its Mi series.