HomeTech newsTwitter said - every effort is made to follow the guidelines, in...
Tech news 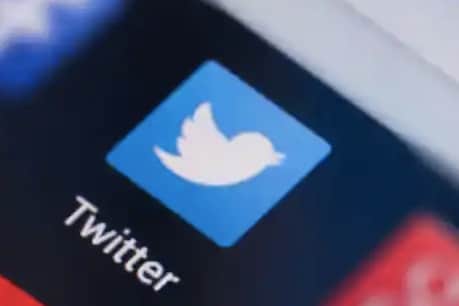 Twitter said- Every effort is being made to follow the guidelines issued by the Government of India.

New IT Rules: Social media site Twitter said that it has appointed a Nodal Liaison Officer (NCP) and a Local Grievance Redressal Officer (RGO) in India and also the Chief Compliance Officer (CCO) in a week. will be deployed.

New Delhi. Ministry of Information Technology and Micro blogging platform Twitter In the midst of a controversy over the intermediary guidelines for the past several days, it has now been said by Twitter that it is making every effort to comply with the new IT laws of the Government of India. Twitter said that it has remained fully committed to India and is also facilitating public discussion in this regard on its platform.

Also read :- Twitter has asked for more time to comply with the new IT laws, the government has given the last noticeThe social media site reported that it has appointed a Nodal Liaison Officer (NCP) and a Local Grievance Redressal Officer (RGO) in India and a Chief Compliance Officer (CCO) will also be posted in a week. Significantly, the social networking site Twitter had sought time from the Government of India to comply with the new IT rules. Let us tell you that the Government of India has implemented new IT laws for social media companies.

What is special in the new IT Act of the government

Under the new IT law issued by the government, big social media platforms like Twitter, Facebook, Instagram and WhatsApp will have to tighten their rules and monitor the site more strictly. All companies will also have to appoint a Chief Compliance Officer, Nodal Officer and Grievance Officer in India.

What is special in the new IT Act of the government

All social networking sites were given three months to comply with the new rule issued by the government. The new rules of the government are applicable to only those companies whose number of registered users is more than 50 lakhs. Although the notice sent by the Central Government to Twitter states that although these rules are effective from May 26, 2021, but in good faith, Twitter Inc. is given an opportunity to comply with the rules through a final notice. The government has warned that if the IT rules are not followed, then it can take action against the company under the IT Act.

Significantly, according to the Ministry of IT, major social media platforms provide services in India through their parent company or any other subsidiary. Some of these come under the definition of Important Social Media Intermediaries (SSMIs) under the IT Act and new rules. In such a situation, to ensure compliance with these rules, social media platforms should provide the physical address of the platform in India along with details of three key personnel in addition to details such as app name, website and services. It has been said in the letter that if you are not considered SSMI, then the reason for this, including the number of users registered on each service, should be given.