The price of Realme’s 5000mAh battery phone is less than 7 thousand, get… 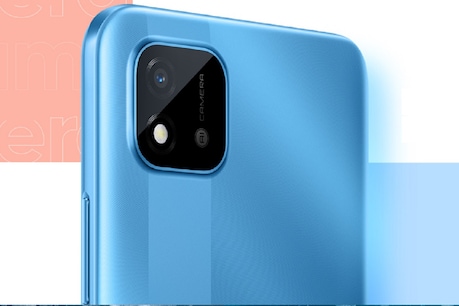 Discount is being given on Realme C20.

At the time of launch, the price of Reality C20 was kept only Rs 6,999, but according to the information received from Reality.com, Realme C20 is being given to the first 10 lakh customers for just Rs 6,799.

If you are planning to buy the latest smartphone of Reality cheaply, then there is good news for you. This is because Realme is being made available for its recently launched budget phone Realme C20 at a price less than the original price. At the time of launch, the price of Reality C20 was kept only Rs 6,999, but according to the information received from Reality.com, Realme C20 is being given to the first 10 lakh customers for just Rs 6,799. That is, a discount of Rs 200 is being given on this phone. The most important thing about this phone is its 5000mAh battery and its HD + IPS display.

In such a situation, if you are thinking of buying a smartphone with good features in a budget price, then this can prove to be a good opportunity for you… Let’s know how are the full specifications of this phone.

(Also read- Samsung’s popular smartphone with 7000mAh battery is getting cheaper than 7 thousand, will get 5 cameras) Offer is being given on Realme C20 phone.

Storage can be expanded up to 256 GB with micro SD card support. As an OS in Reality C20, Realme UI based on Android 10 has been given.

(Also read- Dish TV’s great offer! Watch TV for free for one month, know how you will get the benefit)

As a camera, an 8-megapixel camera with LED flash has been given on the rear of this phone. At the same time, you will get a 5 megapixel camera in this phone for selfie. Features like Night Mode, Panoramic View, Time Lapse, Portrait Mode have been provided in the camera.

For power, 5000mAh battery has been given in the phone. This phone comes with reverse charging support. For connectivity, the phone has 4G LTE, Wi-Fi 802.11 b/g/n, Bluetooth version 5.0, GPS and 3.5mm headphone jack.