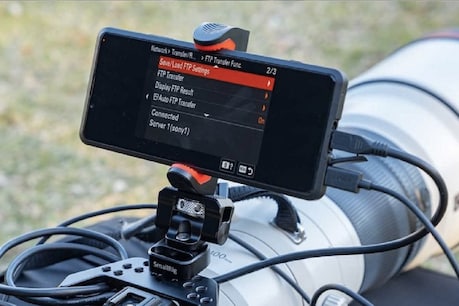 Contents hide
1 The phone has a 6.5-inch 4K HDR OLED display
2 Sony introduced this flagship smartphone of Sony Xperia series to the world in January this year and now it has been launched in Europe,

The phone has a 6.5-inch 4K HDR OLED display

Sony introduced this flagship smartphone of Sony Xperia series to the world in January this year and now it has been launched in Europe,

No update has come from the company about when it will be launched in India. Although you will definitely be shocked once you hear the price that the company has kept, it is because professional cameras can come in the market at such a price, it seems a bit strange to come to the phone at that price, but the features have been given in such a way that the professional camera Be defeated too. Due to this, the company has launched its price in UK for 2299 pounds i.e. around Rs 2,35,486 and in other European countries for 2499 euros i.e. around Rs 2,22,403. It can be bought on online shopping sites as well as Sony online stores.

Talking about the features of Sony’s flagship mobile Sony Xperia Pro, this phone has a 6.5-inch 4K HDR OLED display, whose screen resolution is 1644×3840 pixels. The display refresh rate of this cool phone is 60Hz. The display of this phone is protected with Corning Gorilla Glass 6 and its display covers 100% of the DCI-P3 100 color gamut.Such is the powerful processor of Xperia Pro

Sony Xperia Pro is powered by Qualcomm Snapdragon 865 SoC processor, coupled with 12GB of RAM and 512GB of storage, along with a 4,000mAh battery, which supports 21W fast charging. You can use this Sony phone as a video streaming device or as a video monitor according to your need. In this, you can also transfer 4K video at a speed of 131Mbps.

In Sony Xperia Pro, the company has given triple rear camera setup. Its primary sensor is 12 MP Exmor. While there are two more cameras of 12-12 megapixels with it, which are equipped with ultrawide sensor and depth sensor. This premium mobile has an 8 megapixel selfie camera.