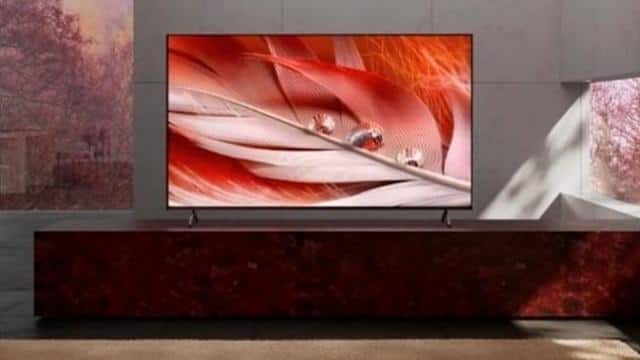 Sony has launched the Bravia 55-inch X90J Ultra-HD HDR LED TV in the market. The company’s X90J series comes with three screen sizes – 75-inch, 65-inch and 55-inch TVs, but in India only the 55-inch model is being made available. Its price is Rs 1,39,990. The company has said that it will soon launch 65-inch and 75-inch TVs of this series in India.

The biggest feature of this TV of Sony X90J series is that it is the first TV in the world that comes with Cognitive Intelligence and thinks like a human brain. According to the company, Cognitive Processor XR has been given in the TV, which makes this TV very intelligent. It detects the user’s focal points and cross-analyzes multiple images to give a very natural picture output.

Read also: Facebook will launch the first smartwatch with two cameras and great features next year, will cost around 30000

Features and Specifications
The latest premium TV for Sony features a 55-inch Ultra-HD display with 3840×2160 pixels resolution, which is powered by Sony’s Triluminos technology. It is very similar to TVs with quantum dot technology, which are sold in the market as QLED TVs. This TV supports HLG, HDR10 and Dolby Vision formats along with HDR. Dolby Audio and Dolby Atmos have been given in it for strong sound. The speakers in the TV are of 20 watts.

The screen resolution of the TV is up to 120Hz. The TV features a variable refresh rate and also supports low-latency mode. Another special feature of the TV is that you will get support for Apple Airplay 2 and Apple HomeKit along with in-built Chromecast. With the help of AirPlay 2 and HomeKit, you can enjoy screen mirroring and IoT (Internet of Things) connectivity.

Share
Facebook
Twitter
Pinterest
WhatsApp
Previous articleGST Council meeting on June 12, there will be a discussion on tax reduction on drugs and equipment used in the treatment of corona
Next articleVivo Y73 came with ultra slim design and 64MP camera, know the price…