HomeTech newsRealme Narzo 30 and Narzo 30 5G will be launched on June...
Tech news 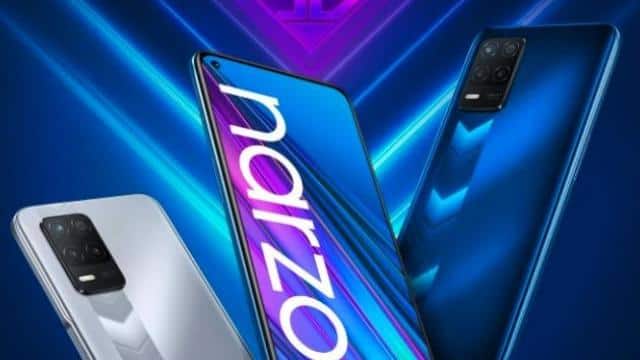 Veteran tech company Reality is about to launch the Realme Narzo 30 and Narzo 30 5G smartphones along with a new 32-inch Realme Smart Full HD TV on June 24 in India. The company’s CEO Madhav Sheth has also confirmed the launch of these new products on June 24. The company has launched Realme Narzo 30 in Malaysia in May. Along with this, the 5G variant of this phone has also been launched in Europe only last month. It is believed that the Indian variant of Reality Narzo 5G will be slightly different in terms of specifications from the variant launched in Europe.

This virtual launch event to be held on June 24 will start at 12:30 pm. In this event, the company will give information about the prices and availability of its new products. Under the Realme Narzo 30, the company has launched two phones – Narzo 30A and Narzo 30 Pro in India in February this year.

Calling out all the Young Players to #UnleashPeakPerformance!

Specifications of Realme Narzo 30 5G
Narzo 30 5G, launched in Europe, has a 6.5-inch Full HD + display with 1080×2400 pixel resolution. The display of the phone comes with a refresh rate of 90Hz. Equipped with 4 GB RAM and 128 GB internal storage, this phone has been given MediaTek Dimensity 700 SoC as a processor.

For photography, the rear of the phone has a triple camera setup with LED flash. It has a 48-megapixel primary camera with a 2-megapixel monochrome sensor and a 2-megapixel tertiary sensor. You will get 16 megapixel camera in this phone for selfie. To give power to the phone, it has a 5000mAh battery which comes with 18W quick charge support.

Specifications and Features of Realme Narzo 30
This phone has been launched in Malaysia last month. It has a 6.5-inch Full HD+ display with 1080×2400 pixel resolution. With 6GB of LPDDR4x RAM and 128GB of UFS 2.1 storage, this phone is powered by MediaTek Helio G95 processor.

There is a triple rear camera with LED flash on the back panel of the phone. It has a 2 megapixel monochrome sensor with 48 megapixel primary sensor and a 2 megapixel macro shooter. For selfie, you will get 16 megapixel front camera in this phone. Equipped with a side-mounted fingerprint sensor, this phone is backed by a 5000mAh battery that comes with 30W Dart Charge.

New Reality TV will also enter
Not much information has come out about Reality’s new TV yet. It is believed that along with thin bezels on the side of this TV, thick bezels can be seen in the bottom. The company can give some information about the special features and specifications of the TV in the coming few days.