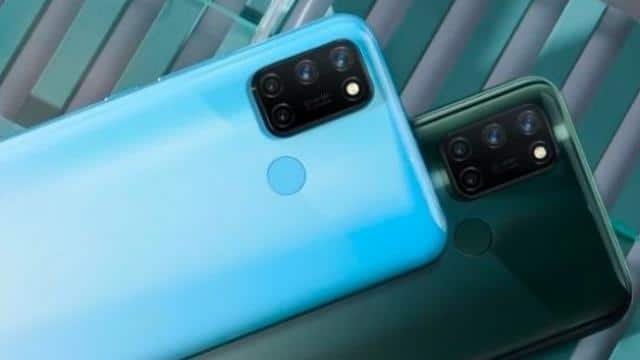 Reality can launch its new smartphone series very soon. The name of this new series of Reality will be Realme 9 Series. It will be the successor to the existing Realme 8 and Realme 8 Pro smartphones. Meanwhile, a tech blog named PassionateGeekz has leaked the renders of the vanilla i.e. base variant of this upcoming series of the company.

According to the leaked renders, Realme 9 will get a punch-hole design display with flat edges. Apart from this, features like side-mounted fingerprint sensor, rear quad camera setup and headphone jack have been provided in the phone.

Read also: 5 Dhansu plans of Jio have arrived, use data without limit, price starts from ₹ 127

64MP primary and 32MP selfie camera
Four rear cameras with LED flash can be given for photography in Reality 9. Apart from a 64-megapixel primary camera, an 8-megapixel ultra-wide angle lens, a 5-megapixel macro lens, and a 2-megapixel depth sensor can be found in this. For selfie, the company can offer a 32-megapixel camera in this phone. This phone will work on Realme UI 2.0 based on Android 11.

6GB RAM and MediaTek Processor
In this vanilla variant of Reality 9 series, 64 GB internal storage can be found with 6 GB RAM. As far as the processor is concerned, this phone can come with MediaTek Helio G95 chipset. If rumors are to be believed, then the company can offer 5000mAh battery in this phone, which will come with fast charging support. The price of this upcoming smartphone is likely to be around Rs 15,000.