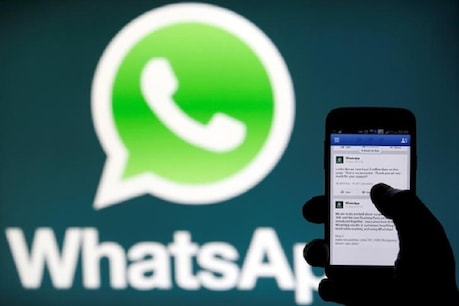 Contents hide
1 The feature of work has come in WhatsApp.
2 WhatsApp has now included a special feature for its users, using which users will be able to transfer the chat from one number to another. Learn how to use.

The feature of work has come in WhatsApp.

WhatsApp has now included a special feature for its users, using which users will be able to transfer the chat from one number to another. Learn how to use.

WhatsApp is the most used instant messaging app in the world. Due to its privacy policy, WhatsApp has been in discussion among users for a long time. WhatsApp has now included a special feature for its users, using which users will be able to transfer the chat from one number to another. The use of this feature will be special for those people who want to transfer certain chats from their old phone when they get a new phone. Users were waiting for this feature for a long time.

Photos, videos will also be transferredTo use this new feature, the user will have to link a new number with his WhatsApp account. After that users can transfer their chats, photos, and videos.

Transfer will happen between Android and iOS

Currently, if users transfer chats, photos or videos from their Android phone to iOS, then they do not get the backup of this chat. After the introduction of this feature, the user will not have to face this problem.

At present, users are able to use WhatsApp with only one phone number, for which the user has to keep the phone number active. Also, if the user switches to another platform, WhatsApp does not allow the transfer of chat history. After the introduction of this new feature, this problem of users will also go away.