Microsoft launched powerful laptop, battery will last for 19 hours and… 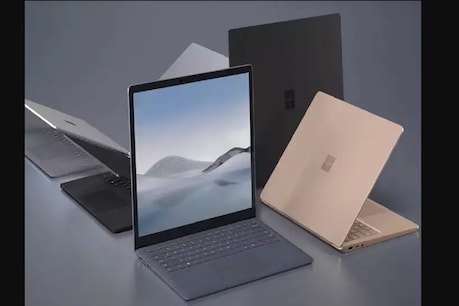 In Microsoft’s new laptop, the company has used the 11th generation Intel Core processor, and the special thing is that it gives 19 hours of battery life.

Microsoft has launched its new Surface Laptop 4 in India. In this laptop, Microsoft has used the 11th generation Intel Core processor, which gives a battery life of 19 hours. The company has given 2 color options in this laptop, which include platinum and matte black color. Customers can buy this laptop from online platforms Amazon and Reliance Digital.

Features of Laptop: Microsoft has given two display options in this laptop with a sleek aluminum body. A 15-inch display has been given in a laptop, in which the user gets a QHD + display with 2496×1664 pixel resolution. On the other hand, a 13.5-inch QHD + display has been given, which comes with 2256×1504 pixel resolution. The company has given a big trackpad in this laptop. Along with this, features like backlit keyboard have also been included in it.

In this laptop, the user has been given the option of 11th generation Intel Core i7-1185G7 processor or AMD Ryzen 7 4980U chipset. Iris Xe / AMD Radeon has been given for graphics in the laptop. The laptop has 512 GB of SSD storage and up to 16 GB of DDR4 RAM. This laptop works on Windows 10 Home OS.Up to 19 hours of battery life will be available

A powerful 47.4Wh battery has been used in the laptop, which can give up to 19 hours of battery life on a single charge. Bluetooth 5.0 and Wi-Fi 6 have been given for wireless connectivity in the laptop. It also has a Type-A port, a Type-C port and a Surface Connect port along with an audio jack.