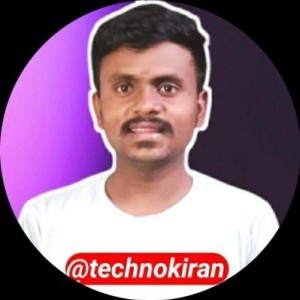 How to use 2 Whatsapp in one phone

How to use 2 Whatsapp accounts in one phone :

Try the dual apps feature TRAI: Most Android smartphones are coming with dual SIM-card slots nowadays. Through this, users can use two different numbers on one handset. As far as WhatsApp is concerned, it does not allow to operate two accounts on one device. However, some companies like Huawei and Samsung have devices that come with dual apps or dual mode features. With the help of this feature, users can switch a chat app with two different accounts. The same can be done with Google Play.

Companies offer dual app feature in different name and different location in their smartphones. Here we are telling you about some popular smartphone manufacturers that provide this feature in their devices: Go to Settings for Dual Apps in Xiaomi Smartphone running on Xiaomi-MIUI OS. Here you will find the option of dual apps.
Samsung – This feature is found in Samsung under the name Dual Messenger. For this, you have to go to the settings of the phone and go to the advanced feature option.

Oppo – Oppo is giving this feature in its smartphone as clone apps. This can be accessed by going to Settings.

Vivo- Vivo smartphone users will get this feature in the name of App Clone. You can check this by going to Settings.
Asus- Asus is giving this dual apps feature as Twin Apps. This can also be accessed by going to the settings of the phone.

In Huawei and Honor- devices of these two companies, this feature will be called as App Twin.

 How to use dual app feature:

this feature To use, first open the dual apps settings in your smartphone. Now select the app you want to duplicate. Suppose you have chosen WhatsApp here. After selecting WhatsApp, go to the home screen of the phone and tap on the other WhatsApp logo shown in the App Launcher. Now you can start chatting with your contacts by configuring this WhatsApp with another number.

You can also run multiple accounts from Google Play: Many smartphone users create different accounts for the same service, So that they can manage their personal and professional life properly. In such a situation, apart from WhatsApp, there are many apps for which users may need two accounts. Google Play supports many such apps, in which dual accounts can be operated for popular social media platforms. Parallel space, app cloner, multiple accounts, multi, dual space, super clone pro can be used for this. Friends, we hope this post is liked. Like, do not forget to share. Also be sure to follow the channel. And by commenting with us, tell us whether you liked this post or not and follow the channel.

How to Think and Act in the Plummeting Stock Market

The Real Economy Has Never Been Tested by a Pandemic

Witnessing the Birth of the New Coronavirus Economy

Companies Are Putting Profits Ahead of Public Health

Duo’s Epic Win Will Be Commemorated with Yacht Photoshoot

Newspaper is your news, entertainment, music fashion website. We provide you with the latest breaking news and videos straight from the entertainment industry. Fashion fades, only style remains the same. Fashion never stops. There are always projects, opportunities. Clothes mean nothing until someone lives in them.