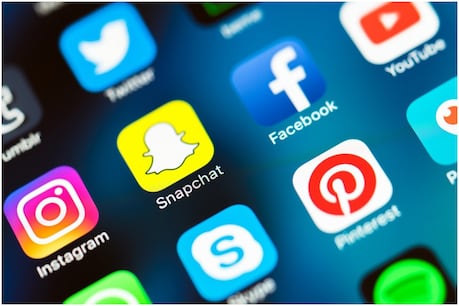 Contents hide
1 The central government has asked major social media platforms to immediately submit status reports of compliance with the new digital rules.
2 The Ministry of Electronics and IT (MeIT) said that major social media platforms provide services in India through their parent company or any other subsidiary. Some of these fall under the definition of Important Social Media Intermediaries (SSMIs) under the IT Act and the new digital rules.

The Ministry of Electronics and IT (MeIT) said that major social media platforms provide services in India through their parent company or any other subsidiary. Some of these fall under the definition of Important Social Media Intermediaries (SSMIs) under the IT Act and the new digital rules.

New Delhi. The central government is taking a strict stand regarding the new digital rules. In this episode, the Center has asked major social media platforms to immediately submit the status report of compliance with the new rules. The Ministry of Electronics and IT (MeIT) has said in a letter sent to major social media platforms that they will have to take additional investigation steps after the new rule comes into force on Wednesday. The ministry has asked to give complete information and contact information about the Chief Compliance Officer, Grievance Officer residing in India and the nodal officer for contact. Under the new rules, social media companies will have to appoint these officers.

The ministry said that major social media platforms provide services in India through their parent company or any other subsidiary. Some of these fall under the definition of Important Social Media Intermediaries (SSMIs) under the IT Act and new rules. In such a situation, to ensure compliance with these rules, social media platforms should provide the physical address of the platform in India along with details of three key personnel in addition to details such as app name, website and services. It has been said in the letter that if you are not considered SSMI, then the reason for this, including the number of users registered on each service, should be given.

read this also- Central government’s answer to WhatsApp! Respect for privacy, but information about serious matters will have to be givenThe government will have the right to ask for additional information

The Center has said that the government reserves the right to demand any additional information under these rules and the IT Act. The ministry has asked the big social media companies to provide all the information today as soon as possible and if possible. Under this new rule, major social media platforms like Twitter, Facebook, Instagram and WhatsApp will need to take additional measures. This includes appointment of Chief Compliance Officer, Nodal Officer and Grievance Officer.

read this also- Shock to the common man! Prices of consumer appliances like AC-fridge will increase soon, know how much will increase

If you do not follow the rules, you will lose the status of an intermediary unit.

Failure to comply with the rules may result in social media companies losing their intermediary entity status. In other words, in case of non-compliance, criminal action can be taken against them. According to the new rules, if objections are raised by the authorities about any material and they are asked to remove it, then they will have to take action within 36 hours. They have also been asked to set up a robust system to respond to complaints. Let us tell you that WhatsApp has opposed the government’s new digital rules in the Delhi High Court, saying that it will violate the privacy of users.