Success Story: When the MP was fired from his job in lockdown, then Rajma-chav… 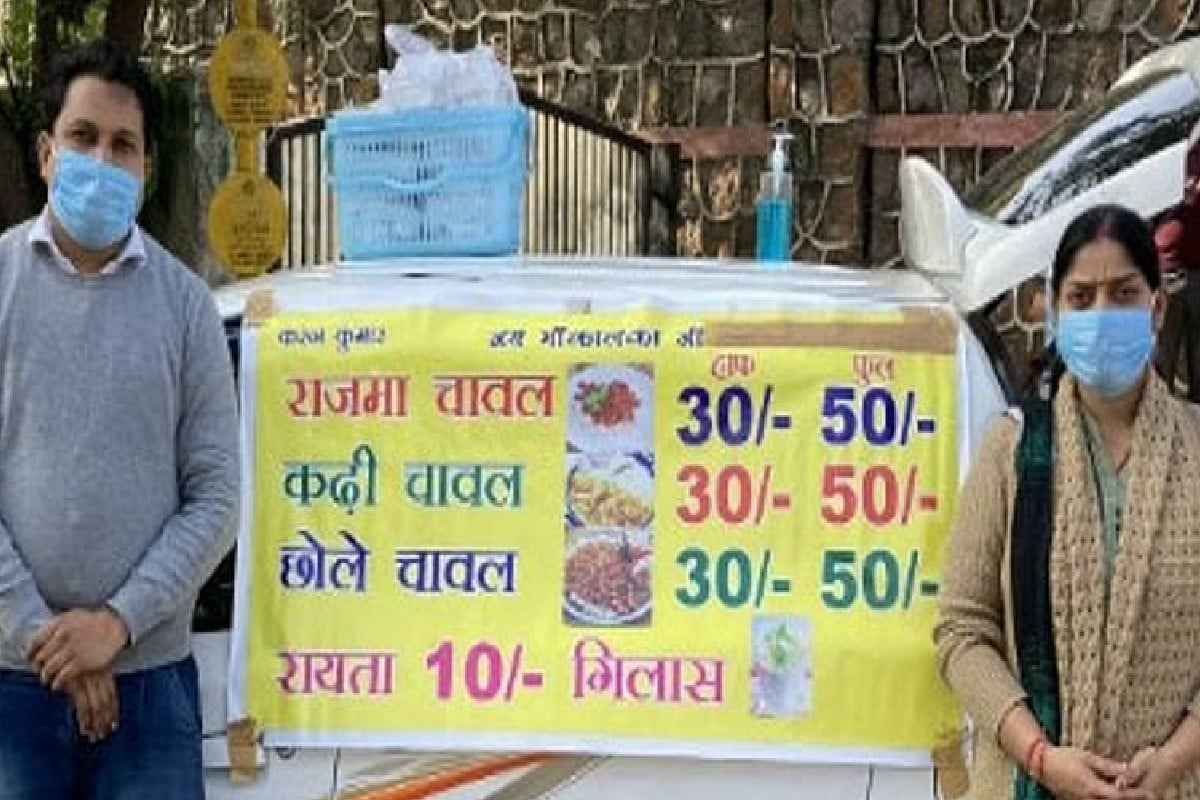 New Delhi. Due to the Kovid-19 epidemic, lakhs of people lost their jobs in the lockdown in March last year and many had to lose their business. In such a dire situation, a couple working with an MP also came on the road. Instead of giving up on job loss, this couple remained on the path of struggle.

Due to paucity of money, the couple could not do big business, so on the basis of Rajma and rice, they raised themselves again. This couple is Karan Kumar and Amrita of Delhi, who through their strong intentions not only pulled themselves out of financial difficulties during the pandemic but also created new sources of income for themselves.

Read also: Job Ki Baat: Demand for new jobs like Wellness Officer or Employee Experience and Communication due to work from home

Had to vacate the quarter under the pressure of MPAccording to a report by Brut India, Karan Kumar says that earlier he used to work as a driver for an MP. Meanwhile, he was fired from his job only a month after the nationwide lockdown. Karan explains that while he was fired from the job, it was argued that the MPs could no longer bear his expenses. Not only this, the quarter where Karan used to live, he also had to vacate it under pressure from the MP. After leaving the house, Karan and his wife had no other place to live, they also tried to ask their relatives for help in this regard but nothing could be done.

Read also: Job Talk: There will be 7.5 crore jobs in this field in the next five years, just have to prepare

Plan to start own business on suggestion of wife

After this, Karan started looking for other jobs, but it was almost impossible to get a job during that time. The financial crisis worsened such that one had to go to the Gurudwara to have food, while due to lack of home, he used his car to sleep at night. When there was some relaxation in the lockdown, Karan asked a friend for some money there and rented a room in Faridabad area. After this, Amrita suggested to Karan why not make some food items and sell it among the people, although during this time both were skeptical about how much people would trust the food by coming out.

Kumar raised groceries by selling some household items and thus the couple started their new innings. With the hope of keeping himself standing in this difficult time, he started selling curry-rice and chole-rice along with rajma-rice near Talkatora Lane in central Delhi. The first day was not at all good for Karan and Amrita, they earned only Rs 320, which was much less than their cost, but it did not shake their spirits. From the very next day, the number of people at his stall started increasing. Today the situation is that Karan and Amrita are making an income of 22 hundred to 24 hundred rupees in a day through this stall. Karan says that he is no longer looking for a job, but is paying full attention to this stall.