Success Story: Born and brought up in a hut, the night watchman… 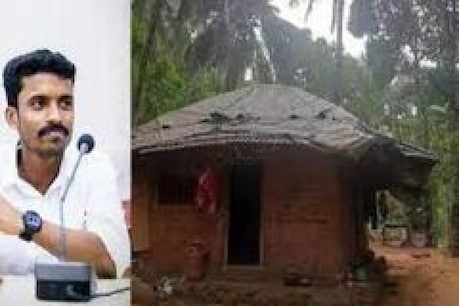 Contents hide
1 Ranjit has shared a picture of his house on Facebook. This house This small house made of plastic and brick looks like a slum
2 Born in Kerala, 28-year-old Ranjit Ramachandran has been selected (IIM) Ranchi as an assistant professor.

Ranjit has shared a picture of his house on Facebook. This house This small house made of plastic and brick looks like a slum

Born in Kerala, 28-year-old Ranjit Ramachandran has been selected (IIM) Ranchi as an assistant professor.

New Delhi. An IIM professor has shared a picture of his house on Facebook. A small slum is seen in the picture, which is covered with tarpaulin to avoid rain water. This is the house of this professor, where he was born. Not only this, such difficult periods of struggle also came when watchmen had to be done at night. Born in Kerala, 28-year-old Ranjit Ramachandran has been selected as an assistant professor at IIM Ranchi.

On this occasion, Ranjit Ramachandran has shared a picture of his house on Facebook, in which it is written – IIM professor was born in this house. Made of plastic and brick, this tiny house looks like a slum, which is covered with tarpaulin to stop rain water. This post has gone viral on 9 April. In this post, he has told the story of his struggle. This post has received over 37,000 likes. Finance Minister of Kerala TM Thomas Isaac has congratulated Ramachandran on Facebook.

Read also: Highest interest is getting on FD in government banks, know in which bank you will get FD, then you will get big benefit

Studied in college during the day and telephone exchange at nightRamachandran was working as a night guard at a BSNL telephone exchange at Panathur in Kasaragod, while he earned his economics degree from Pius X College in the district. He told that I studied in college during the day and worked in the telephone exchange at night. He told in his post that after graduation he came to IIT Madras where it was becoming difficult for him to study, because he knew only Malayalam. He said that I decided to leave the PhD in the middle, but his guide refused to do so and then I decided to fulfill my dreams.

Read also: You can also create startups like Paytm, Bharat Pay, just have to do this work

Completed his PhD last year, then become a professor at Christ University

Last year he completed his PhD. After this, he was an assistant professor at Christ University, Bangalore for the last 2 months. Talking to the media, he said that I never thought that this post would be so viral. I hope this will inspire others. I want everyone to have good dreams and fulfill those dreams. I want others to be inspired by this and find success.