Once started his career with a one room flat, Radhakishan Damani now… 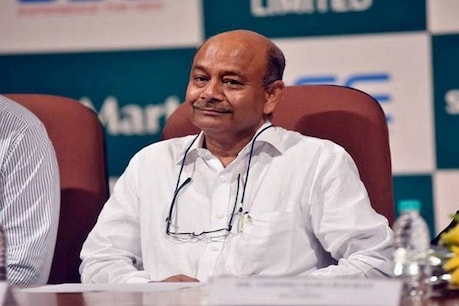 New Delhi. Radhakishan Damani, India’s well-known investor and owner of DMart stores, is now considering buying a large stake in India Cements. According to media reports, Avenue Supermarts, a company owned by Radhakishan Damani, is informally in talks with N Srinivasan to take over the company. Let us tell you that industrialist N Srinivasan is also the owner of Chennai Super Kings.

Radhakishan Damani started the journey of his life from a one-room apartment in Mumbai. According to the Bloomberg Billionaires Index, Damani’s wealth has increased from $2.8 billion to $12.5 billion this year. Despite the stock market falling during the coronavirus pandemic, he is the fourth richest person in the country.

Preparations to buy India Cements with a market value of Rs 4100 crore If Radhakishan Damani takes over India Cements, then on one hand his portfolio will be diversified and on the other hand the cement company will also get funds to compete with rivals like UltraTech Cement and Lafarge Cement.

Let us tell you that retail tycoon Damani and his family have been buying shares of India Cements for the last several months. As of March 31, Damani and his family’s stake in the company has increased to 20 per cent.read this also-Big news for those investing in the stock market! These two rules were made easy, a chance to earn big

Shares of India Cements soared up to 11 per cent on Wednesday, the biggest single-day rally in the past one month. India Cements shares have climbed 92 per cent this year. The market value of the company is Rs 55.50 crore.

Know about India Cements… The 74-year-old India Cements had 10 factories till 2019. These include Tamil Nadu and Andhra Pradesh. Srinivasan holds 29 per cent stake in Chennai-based cement company India Cements.

Srinivasan is constantly trying that there is no forced takeover of the company. Radhakishan Damani has promised that he will not do forced takeovers and there will be a friendly change in management.

However, it is not yet known in which direction the talks between Srinivasan and Damani will move. Avenue spokesperson declined to say anything in this matter. While the spokesperson of India Cements said that this news is not true.

This news has been translated from Moneycontrol. Click here to read in English