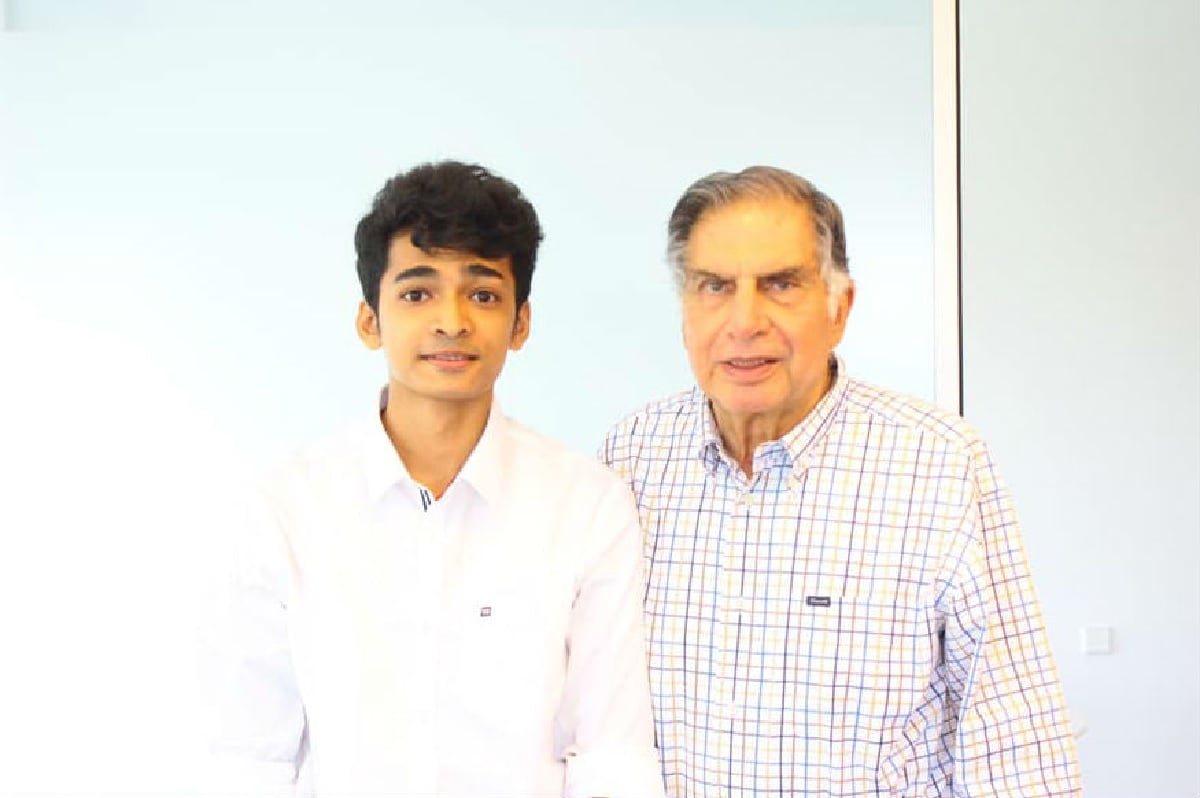 New Delhi. Today we are telling you about a young man who has made a new place in the business industry at a young age. Veteran businessman Ratan Tata is also a fan of his ideas. This person is 28-year-old Shantanu Naidu. Shantanu Naidu, 28, is the brain behind the startups in which Ratan Tata, the veteran business leader and former chairman of the Tata Group, makes his personal investments. His work won the heart of Ratan Tata, the former chairman of the Tata Group. Let’s read Shantanu’s story…

Naidu goes live on his Instagram handle every Sunday with ‘On Your Sparks’. He has participated in seven seasons so far. Naidu charges Rs 500 per person for the ‘On Your Sparks’ webinar. His company, Motopaws, designs and manufactures dog collars that glow in the dark to save their lives from running. Motopaws’ business today spans more than 20 cities and four countries.

read this also- Alert- Important news for PNB customers! This service of the bank is not working, check it quicklyBecause of his attachment to dogs, he came in the eyes of Tata

Shantanu says that on the way, he saw many dogs dying due to the speed of vehicles. It was extremely painful. It was found that the drivers could not see the dogs in time, this was a major reason for the accidents. This gave Shantanu the idea to make a collar reflector for dogs. After some experimentation, he made a caller named Metapause. With this, drivers could see the dogs from a distance even without street lights at night. Now the lives of street dogs were being saved. This small but important work was written in the newsletter of Tata group companies. This was noticed by Ratan Tata, who himself is very fond of dogs.

read this also- ITR Alert! File income tax return before July 1, otherwise you will have to pay double TDS, know the rules

At the behest of his father, Shantanu wrote a letter to Tata one day. Then he got an invitation to meet Ratan Tata. Shantanu is the fifth generation of his family, who is working in the Tata Group. But never got a chance to meet Tata. In the meeting, Tata asked for the help of the Street Dogs project but Shantanu refused. Tata insisted and made an undeclared investment. After investing Ratan Tata’s money, Motopause has reached 11 different cities of the country. On this pretext, Tata continued to meet.

Invited to join Tata’s office in 2018

One day Shantanu told Ratan Tata about doing MBA at Cornell. Got admission in Cornell. The entire focus during MBA was on entrepreneurship, investing, discovering new startups as well as credible startups, finding interesting business ideas and key industry trends. After completing the course, in the year 2018, an invitation came from Tata to join his office. Shantanu says it is an honor to work with him. This kind of opportunity comes only once in life. Staying with them gets to learn something new every minute. Never felt like a generation gap. He never lets you feel that you are working with Ratan Tata.

read this also- If you have this coin of 2 rupees then you can earn ₹ 5 lakh sitting at home, know what to do?

Ratan Tata, 81, has a strong belief in the country’s startup ecosystem. In June 2016, Ratan Tata’s private investment company RNT Associates and the University of California of the Regents joined hands to fund new startups, new companies and other ventures in India as ‘UC-RNT Funds’. Although the amount of most of Ratan Tata’s investments is not known, but the startups that succeed in bringing him along, they get a wealth of experience from Ratan Tata apart from financial support.