After failing 14 times, these three friends made Facebook’s Indian… 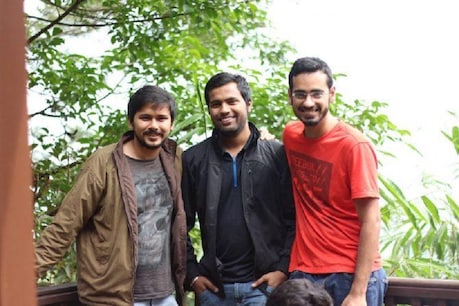 Fareed Ahsan, Bhanu Pratap, Ankush Sachdeva created ShareChat, the Indian version of Facebook, after failing in 14 of their projects. Let’s know its story…

Fareed Ahsan, Bhanu Pratap, Ankush Sachdeva created ShareChat, the Indian version of Facebook, after failing in 14 of their projects. Let’s know its story…

Sharechat boom in the country nowadays Getting hit by. ShareChat can be used in 10 Indian languages. Experts are calling it the Facebook of India. You will be surprised to know that the three friends who made it had worked on 14 projects, but none of them worked. ShareChat currently has 40 lakh active users across the country. On this 2 lakh posts are shared daily. Know Sharechat- Sharechat was started in the year 2015. Sharechat is an Android app in 10 Indian languages. On this you can share the post in Bhojpuri, Chhattisgarhi language. They have about 40 lakh active users who share 2 lakh posts daily. (read this also-Start CCTV camera business with 50 thousand, will earn in lakhs)

This is how it started- It was started by 3 friends together. 25-year-old Farid started it with his friends Bhanu Singh and Ankush Sachdeva, who studied together in IIT. In Sharechat, Bhanu Pratap Singh is the CTO, Fareed Ehsan as the CEO and Ankush Sachdeva as the Chief Product Officer. Now Share Chat has a team of 50 people, of which 18 are developers. Sharechat has its office in Bangalore. He started ShareChat in the year 2015.(Also read- You can take loan from these companies for business, give money if you like the idea)Xiaomi made Manu Jain of Meerut the owner of 320 crores, know about him …

Before this, 14 of his projects failed- All three were included in the Forbes Under 30 list. All three of them have been working for the last six years. He first became a business partner and after that their friendship grew. All three of them worked together on 17 projects out of which 14 failed. One of his plans came to fruition on the 15th project. VIDEO: These friends made their village smart, now earning through this)

Got the idea like this- During the chat fight, he found 32,000 people who wanted to chat only in their local language. He saw that the retired professor in Midnapore was looking for a world where he could communicate in his own language. There were millions of people like him who wanted to speak in their own language. The demand for local language platforms is also increasing in India.read this also-These sisters learned to make jewelery online, now do business sitting at home) 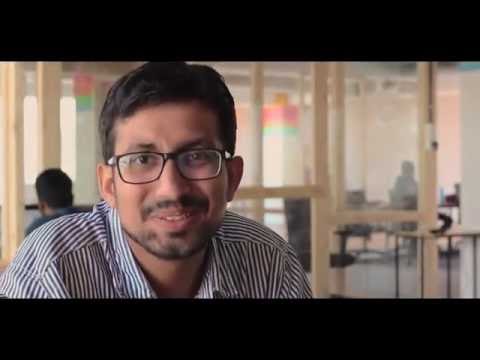 Benefits of JioWith the introduction of free data and cheap Android phones in the beginning of Jio, the number of people coming to the Internet world for the first time has increased. The content in local language was not available for rural and semi urban people and the demand for local language was increasing continuously in this group. Then in 2014, he removed the English language. He started creating user generated content systems.

Smaller cities have more ShareChat users-At present, more than 70 percent of their users are 12 to 25 years old and above 70 years of age. Out of these, 86 percent population is from Tier II and Tier III cities. His 5 percent audience is also in Bangladesh, Canada and Dubai. Every day about 35 lakh of his content is also shared on WhatsApp.(Also read- Become a modern teacher by paying a nominal fee, earn 40 thousand / month by teaching for 3 hours)