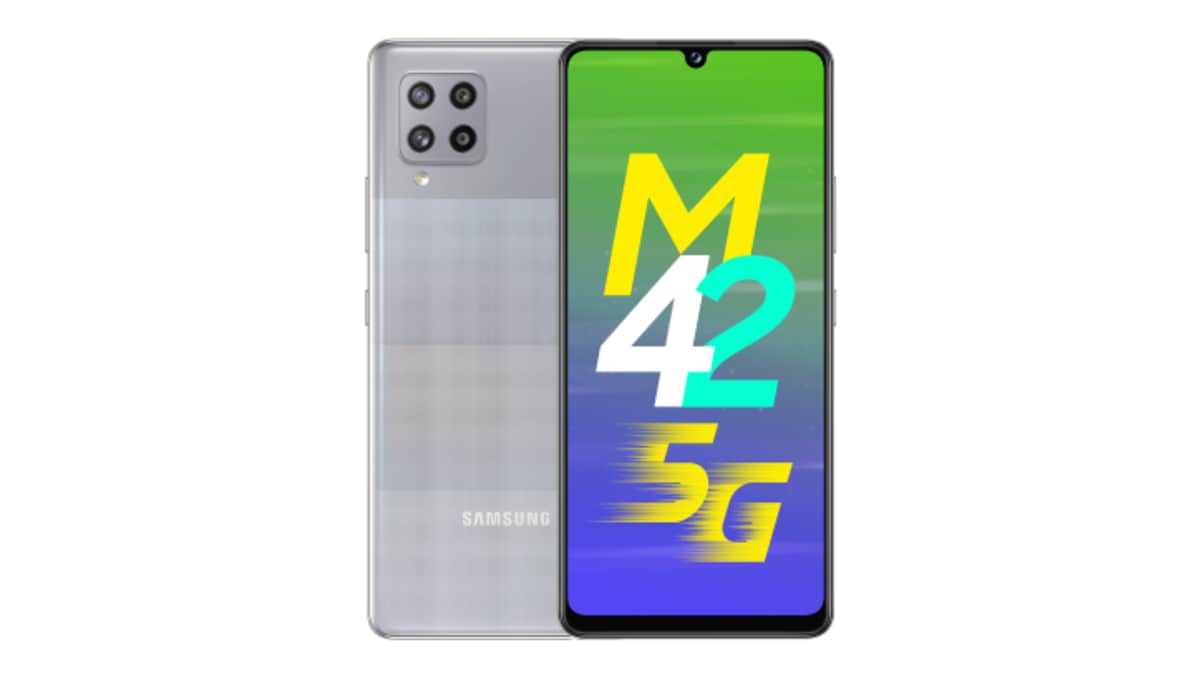 Samsung Galaxy M42 5G The phone has been introduced in two configurations. The phone’s 6GB + 128GB storage option costs Rs 21,999 in India, while its 8GB + 128GB storage variant costs Rs 23,999. However, if we talk about the introductory price, then the 6 GB variant of this phone will be sold for Rs 19,999 and the 8 GB variant will be sold for Rs 21,999. The sale of the phone will be started in the month of May, which is Amazon And samsung.com will be held on Talking about the color options, the Samsung Galaxy M42 5G phone comes in Prism Dot Black and Prism Dot Grey.

Dual SIM (Nano) Samsung Galaxy M42 5G phone runs on One UI 3.1 based on Android 11. The phone has a 6.6-inch HD + Super AMOLED Infinity-U display. Apart from this, the phone is equipped with Qualcomm Snapdragon 750G processor, coupled with up to 8GB of RAM and up to 128GB of storage. The storage can be expanded up to 1TB via microSD card.

The battery of the phone is 5,000 mAh, with which the company has given 15W fast charging support. The company claims that this battery provides up to 36 hours of talk-time, up to 22 hours of internet browsing and up to 34 hours of video playback on a single charge. In addition, this phone Samsung Knox is equipped with Samsung’s defense-grade security platform, which provides security to the personal details of the users. The company has also given Samsung Pay (NFC) for contactless digital payment in it. This phone is 8.6mm thick.