HomeGadgetsOnePlus TV U1S with screen size up to 65-inch launched in India,...
Gadgets 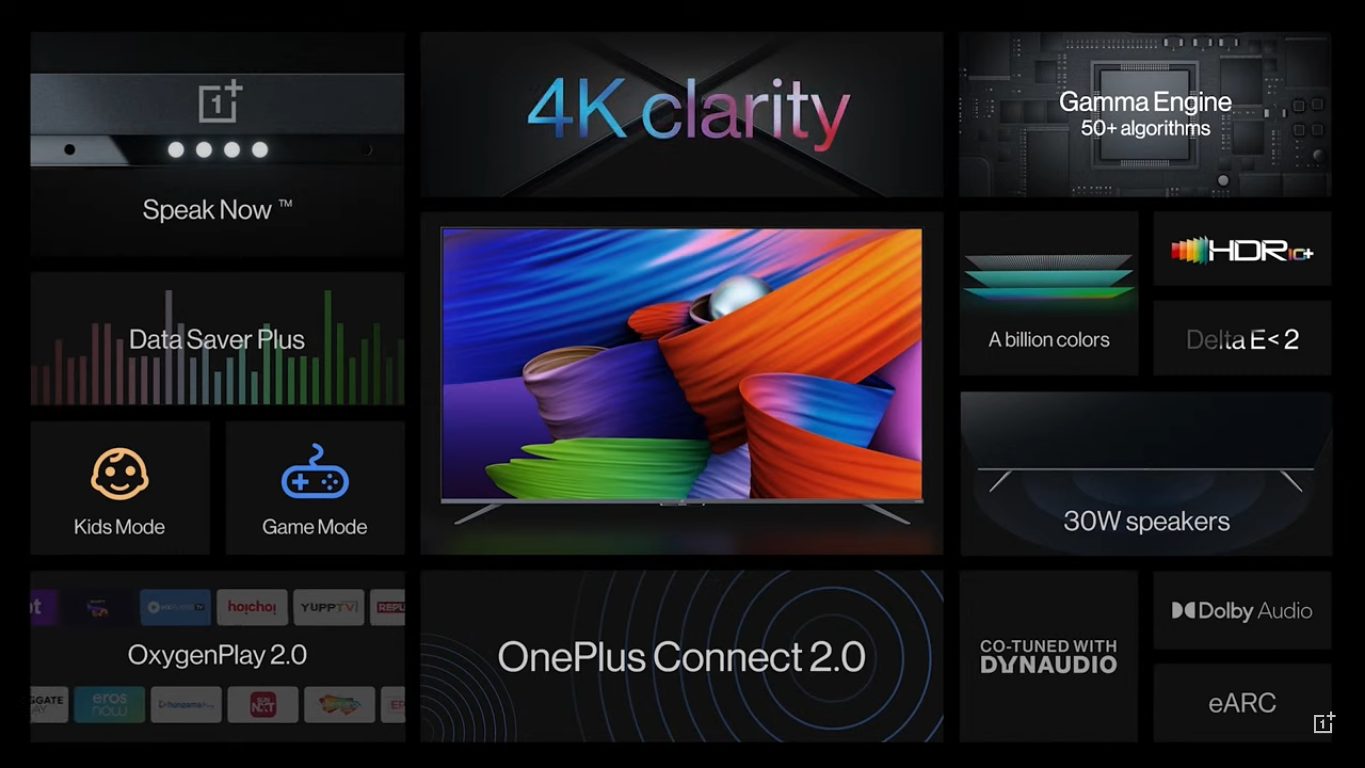 OnePlus TV U1S Series 50-inch model The price in India is Rs 39,999. its 55-inch model Has been launched for Rs 47,999. biggest 65-inch model 62,999 has been introduced for Rs. The new OnePlus TV will go on sale tonight at 9 PM for Red Cable Club, Flipkart Plus and Amazon Prime users. Their open sale will be from tomorrow i.e. June 11 on Oneplus.in, Flipkart and Amazon.

The OnePlus Camera module launched with it will be sold separately for Rs 2,499.

The OnePlus TV U1S series is available in 50-inch, 55-inch, and 65-inch size models, all of which come with 4K (3,840×2,160 pixels) resolution and 10-bit color depth as well as 2 to 3K resolution. Low Delta E and 93 percent DCI-P3 provide high color accuracy coverage. They are powered by OnePlus’ Gamma Engine, which uses over 50 AI algorithms such as noise reduction, MEMC, FCC, super resolution, etc. to enhance the viewing experience. All three OnePlus Smart TVs work on the OxygenPlay 2.0 operating system based on Android TV 10. HDR10+ support is also available in the OnePlus TV U1S series. Talking about audio, the TV gets 30W speakers, which support Dolby Audio (tuned by Dynaudio). Along with multicast, there is also an option to pair two smartphones simultaneously. All three can be paired with OnePlus Buds instantly via the Quick Connect feature.

There is also a data saver mode, which can be used with various apps running on the TV. There is also OnePlus Watch Control and when the smartwatch is paired with the TV model, the TV will automatically turn off after 30 minutes when users are asleep. The OnePlus TV U1S series also works with Amazon Alexa.

The company has also introduced an external OnePlus TV Camera, which has full-HD resolution. It has a built-in dual mic with noise reduction, magnetic holder and USB Type-C port.