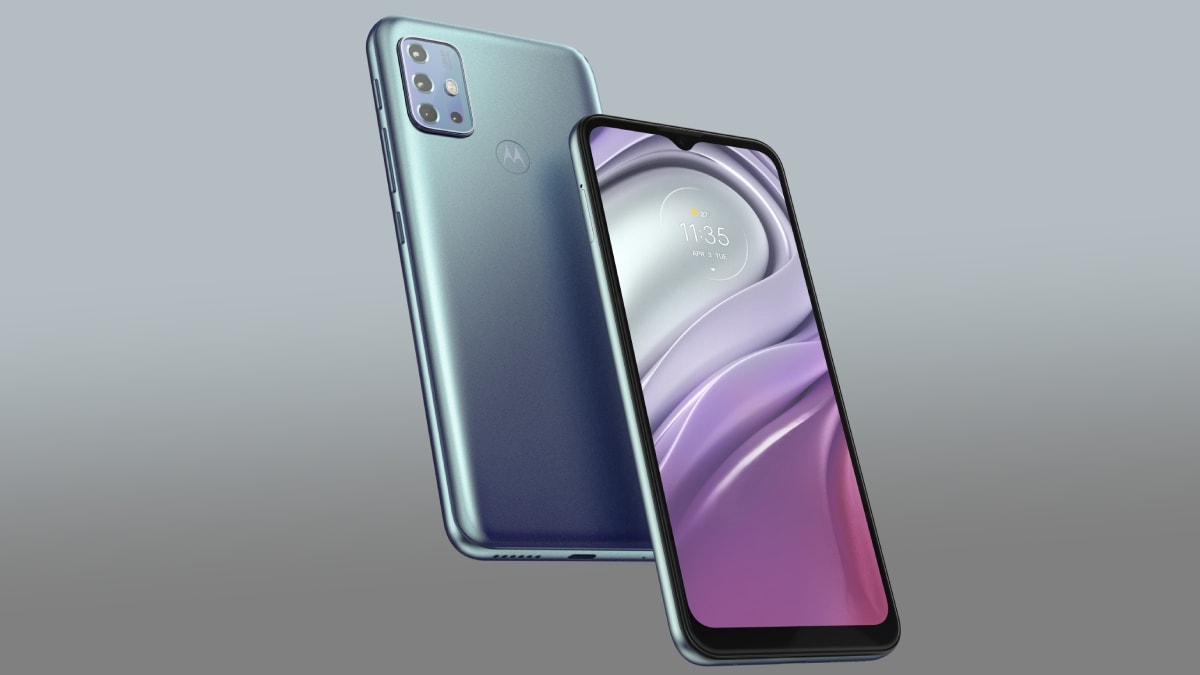 Moto G20 has been launched in Europe. The smartphone is powered by Unisoc T700 SoC chipset paired with 4GB of RAM and Mali G52 GPU. The phone has 128 GB of onboard storage which can be expanded up to 1 TB with the help of micro SD card. It has a quad camera setup with a 48-megapixel main sensor. This smartphone runs on Android 11 based My UX skin. No information has been given from Motorola about when this smartphone will be launched in India.
Contents hide
1 Moto G20 price
2 Moto G20 specifications

launched in europe Moto G20, comes with 4GB + 64GB and 4GB + 128GB variants. Motorola at the time of writing the news Website But the Buy Now option given was no longer active. GSMArena And 91Mobiles According to the report, the price of Moto G20 is EUR 149 (about Rs 13,500). So far, no information has been given about the price of the 128 GB variant and the availability of the phone.

The Moto G20 runs on Android 11 and has a My UX skin on top. Talking about the display, the phone has a 6.5-inch HD+ (1,600×720 pixels) IPS LCD which has an aspect ratio of 20: 9. Its refresh rate is 90Hz. For the sake of the selfie camera, it has been given a V-shaped notch. For performance, the phone has an octa-core Unisoc T700 SoC chipset and Mali G52 GPU. As mentioned earlier, it comes with 4GB of RAM and up to 128GB of storage. The storage can be expanded up to 1 TB with the help of micro SD card.

In terms of optics, the Moto G20 has a rear quad camera setup. It has a lens main sensor with 48MP f/1.7 which is supported by three more lenses. The second is an 8-megapixel ultra-wide sensor with f/2.2 aperture. At the same time, the third 2-megapixel macro sensor with f / 2.4 lens. While the fourth is a 2-megapixel depth sensor with f/2.4 lens. On the front, a 13-megapixel selfie camera is provided with an f/2.2 lens.

The Moto G20 packs a 5,000mAh battery and has a 10W charging capability. Connectivity options include a USB Type-C port, Bluetooth v5, NFC, and a 3.5mm headphone jack. It has an IP52 rating for water and dust protection. The phone also has a rear-mounted fingerprint sensor and dedicated Google Assistant button.