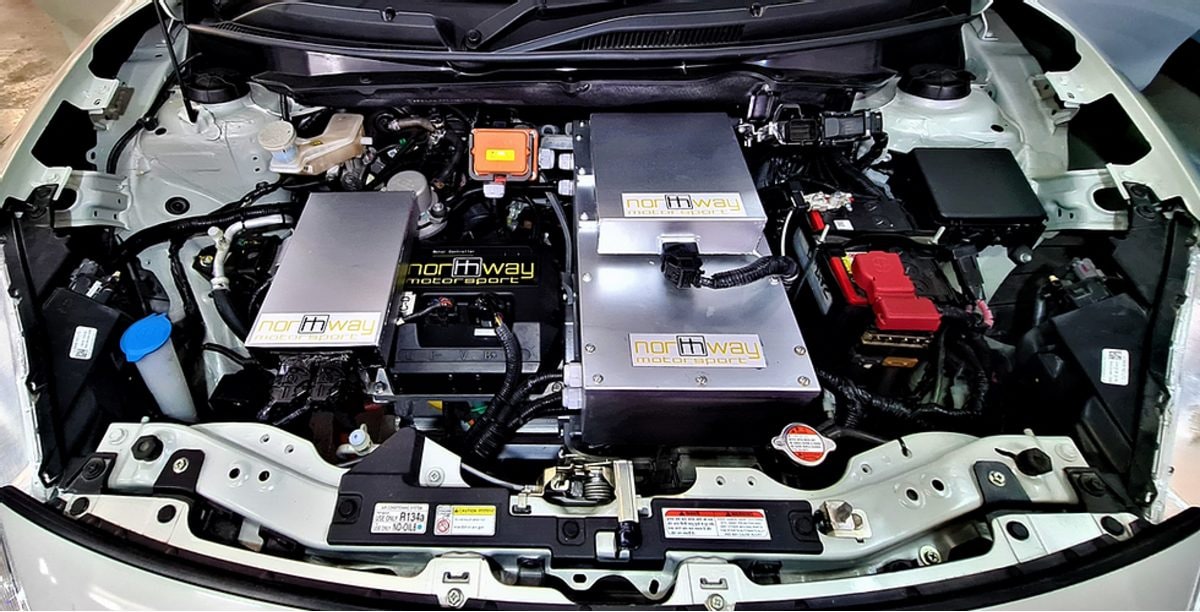 Maruti Suzuki Dzire is one of the most popular car in India. The car has been launched with many designs and every generation of it is much loved by Indians. Now, a company doing R&D on electric vehicles has converted this non-electric car into an electric car. The owner of the company says that this car has been modified in such a way that there is no difference in its power and driving style. What’s impressive is that the exterior and interior design of the Dzire hasn’t changed at all to turn it into an electric car. A video has also been shared to explain in detail about the Dzire EV. Let us know in detail about Maruti Suzuki Dzire EV.

Electric parts supplier and R&D company for electric vehicles Northway Motorsport Always doing something unique. Recently, the company increased the range of Mahindra e2o by more than two times and now, the company has done a new feat. The company has converted the non-electric and Indian favorite car Maruti Suzuki Dzire into an electric car. The owner of the company, Hemank Dabhade, explained the process of converting this car into an electric car as well as a part of its road testing. Video also shared. What is impressive is that the exterior and interior design of the car has not been tampered with to convert the Dzire into an EV (electric vehicle). You might not even realize from the outside that this is an electric car.

The video shows that the engine of the Dzire has been replaced with a motor and the company has also installed a VCU (Vehicle Control Unit) in it, which connects with the car and hence the existing system like acceleration of this car. The pedals, steering controls, AC system etc. are easily operated. There has been no change in its transmission as well and it is manual as before. Its battery pack has been replaced by the fuel tank and the company says that even after all these changes, the weight of the car has also been balanced according to the OEM standard. The boot space of the car remains the same as the engine is fitted with the motor and some other essential parts and the battery pack instead of the fuel tank.

As per the information shared in the video description, the Maruti Suzuki Dzire EV is powered by a 15KW power motor, which is capable of generating 35KW of peak power. This motor generates a maximum torque of 170 Nm. The company has made 13 KWh, 15 KWh and 18 KWh capacity battery packs for this kit. These battery packs replace the fuel tank and if an 18 KWh capacity pack is installed, the tunnel area as well as the exhaust area of ​​the car is used. After all these modifications, the weight of the car increases by 3 kg. IP67 rating has also been added to it. It has been claimed that the car can catch a top speed of 160 Kmph (kmph). A separate BLDC motor has been used in the car for air conditioning.

The 15A socket can be used to charge the battery, which can charge the battery pack to 100 percent in 8 hours. Apart from this, it has been claimed that the car can give a range of 250 km on a full charge. However, the range completely depends on the driving style. Hemunk says the car is capable of delivering good range even at high speeds by retaining the multispeed transmission.