HomeGadgets48MP iQoo 7 will be launched in India today at 12 noon,...
Gadgets

48MP iQoo 7 will be launched in India today at 12 noon, watch the mobile live at the event 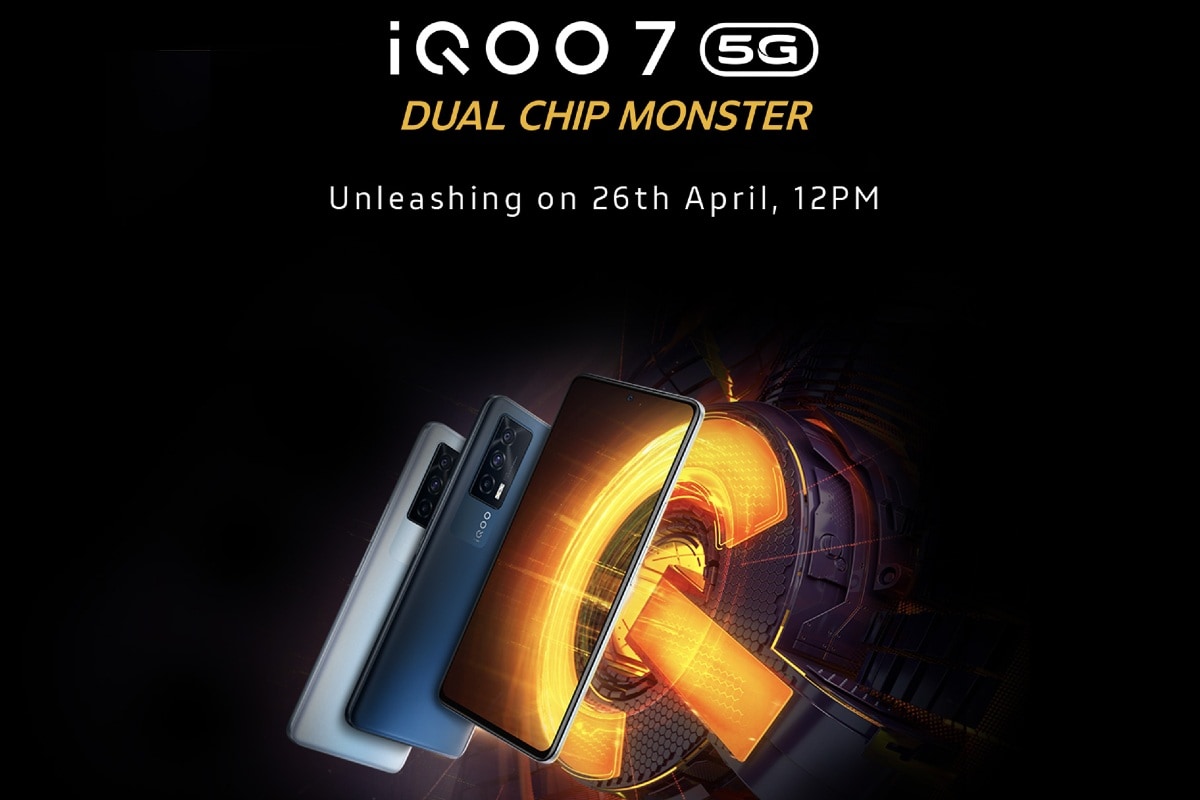 iQoo 7 series will launch in India today. Along with the standard iQoo 7 5G model, there will also be an iQoo 7 BMW Edition in the series. The iQoo 7 series was launched in China in January. In China too, two phones were included in this series. The Aiku 7 smartphone works on Qualcomm’s flagship Snapdragon 888 processor and has many impressive specifications. The phone comes equipped with high-refresh rate display, triple rear camera setup and tremendous fast charging support.
Contents hide
1 iQoo 7 series India launch details
2 iQoo 7 series price in India (expected)
3 iQoo 7 series specifications (China variant)

iQoo 7 The series will be launched in India today i.e. on 26 April. Apart from the standard edition, there is also a BMW M Motorsport edition in this series, which will be called the Legend edition. The company will present these phones through a virtual event at 12 noon. The event was hosted on the company’s official YouTube channel. page It can be viewed live on or via the video attached below.
Amazon has started teasing the phone for some time now, which suggests that after the launch, the phone will be sold online through Amazon India.

Aiku 7 phone in two color options in China launch While the Legend Edition comes with a white back panel, which has been given BMW’s iconic blue, black and red stripes. The phone will also come with the same design in India.

Vivo has not yet made public the Indian price information of the iQoo 7 5G, but via Twitter, iQoo India has definitely revealed that it will cost less than Rs 40,000 in India. The 8 GB RAM + 128 GB storage configuration of this phone in China is priced at CNY 3,798 (approximately Rs 43,100). While the price of its 12 GB RAM + 256 GB storage variant is CNY 4,198 (about Rs 47,600). This smartphone comes in Black, Latent Blue and Legendary Edition color options.

Dual-SIM (Nano) Aiku 7 works on OriginOS based on Android 11. It has a 6.62-inch full-HD + (1,080×2,400 pixels) AMOLED display with 20: 9 aspect ratio and 91.4 percent screen-to-body ratio. Apart from this, this phone will be equipped with Snapdragon 888 processor and 12 GB LPDDR5 RAM. This phone is equipped with a triple rear camera setup, which consists of a 48-megapixel primary camera, a 13-megapixel secondary camera, and a 13-megapixel portrait camera.

For selfie and video calling, you will get a 16-megapixel camera in Iku 7.

256 GB UFS 3.1 storage has been given in Aiku 7. Talking about connectivity options, it includes 5G, 4G VoLTE, Wi-Fi 6, Bluetooth 5.2, GPS / A-GPS, NFC and USB Type-C port. Sensors include accelerometer, ambient light, gyroscope, magnetometer and proximity sensor. Apart from this, you will also get an in-display fingerprint sensor in it.