Stocks of Adani Group, Adani Enterprises, Adani Ports, Adani Power, ATGA, Adani Transmission and Adani Green also fell heavily today. Adani Group’s shares collapsed as soon as the stock market opened. Due to this, investors have got a big setback, as well as Gautam Adani got a shock of $ 6.3 billion (about Rs 4,63,99,18,50,000) in a few minutes. According to the Forbes Real Time Billionaire Index, as of 9:30 in the morning, a decrease of $ 6.3 billion had been recorded in his net worth. After this decline, he is at number 16 in the list of billionaires of the world with a net worth of $ 63.5 billion. The crown of Asia’s second richest has also been snatched from his head. At present, China’s Zhong Shanshan is at number two.

Read also: The decline in the stock market continues, the Sensex opened down 379, the Nifty also on the red mark 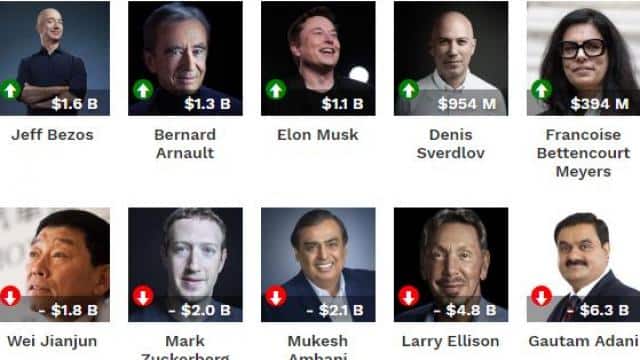 According to the Economic Times report, the National Security Depository Limited (NSDL) has frozen three foreign funds. According to the report, all of them have shares worth Rs 43,500 crore in four companies of the Adani Group. According to reports, SEBI is also examining the valuation of the shares of Adani Group. Due to this there is a fall in the shares of Adan Group. On this whole issue, the company has now issued its statement saying that all the allegations are baseless. And it is being done intentionally to damage the image of the company. The company also said in a BSE regulatory filing, “Written confirmation has been made vide its email dated June 14, 2021 that the demat accounts have not been frozen.” It has been said on behalf of the company that due to this whole episode, the image of the company and the company is being damaged.