HomeAppsXbox's popular game Grand Theft will soon be able to play on...
Apps

Xbox’s popular game Grand Theft will soon be able to play on Android phones too. 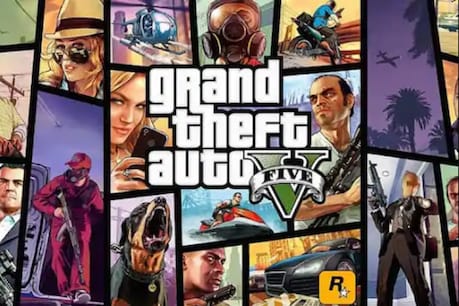 Contents hide
1 Grand Theft Auto 5 game can also be played on Android.
2 The special thing is that if users are subscribed to Xbox Game Pass Ultimate, then they can also play these games on their Android phone or tablet of choice…

Grand Theft Auto 5 game can also be played on Android.

The special thing is that if users are subscribed to Xbox Game Pass Ultimate, then they can also play these games on their Android phone or tablet of choice…

In addition to GTA 5, there are other games coming to Xbox Game Pass in April, including Sony’s MLB Show 21, Rain on Your Parade and NHL 21. Grand Theft Auto 5 could prove to be an essential addition to cloud gaming on Xbox Game Pass.

If the Xbox Cloud Gaming Service edition of GTA 5 is a success, it could encourage developer Rockstar Games to reintroduce other titles like Game Pass from Red Dead Redemption 2. Despite being nearly eight years old, Grand Theft Auto 5 is still quite popular and one of the best-selling games of all time. Since its release in 2013, the game has been ported to the PS4 and Xbox One. And it will get next-gen compatibility for PS5 and Xbox Series X/S later this year.

(Also read- Very cheap plans of Jio, Airtel and Vi! Up to 6GB will be available for less than Rs 100, know validity details)

For now the game will be available only on Android

After release on Microsoft xCloud, will allow users to play games without starting their console. xCloud is included for subscribed users of Xbox Game Pass Ultimate, but as of now it’s only available for Android.

Microsoft has separately announced that there are more than 50 games available in the xCloud library, which comes with touch control support. Also, it will allow users to play games on Android devices without a controller.