WhatsApp’s different treatment to Indian and European users is worrying-… 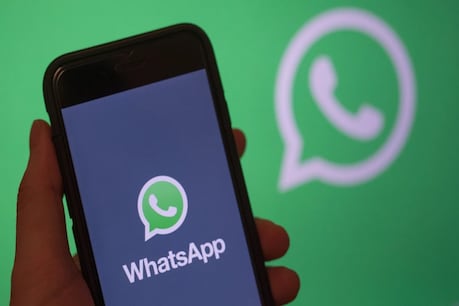 Contents hide
1 The change in the policy of WhatsApp only for Indian users is a matter of concern.
2 WhatsApp is not giving users any option to share data with other Facebook companies, and it is worrying Indian users to change their privacy policy in such a ‘unilateral’ manner.

The change in the policy of WhatsApp only for Indian users is a matter of concern.

New Delhi. The Central Government on Monday told the Delhi High Court that the different treatment of Indian and European users by WhatsApp regarding its privacy policy is a matter of concern for it and it is looking into the matter. The central government told the high court that it is also a matter of concern that the privacy policy for Indian users on the social networking platform WhatsApp is being changed in a ‘unilateral’ manner. Additional Solicitor General Chetan Sharma conveyed the government’s view to the court of Justice Sanjeev Sachdev, which was hearing a plea filed by a lawyer against the privacy policy brought by Facebook-owned WhatsApp.

During the hearing, Sharma told the court that not giving Indian users the option to share data with other Facebook companies, prima facie it appears that WhatsApp is following a policy of ‘accept or will not serve’ with users. is.

“WhatsApp compels users to compromise may have social implications that may affect the interests of information privacy and information security,” he said. Sharma said that the government is already looking into the matter and WhatsApp has been contacted to get some information. Senior advocate Kapil Sibal, appearing for WhatsApp, told the court that the letter has been received and a reply will be given. After this, the court listed the matter for hearing on March 1.WhatsApp is constantly giving clarification

For information, let us tell you that WhatsApp is in a lot of discussion about changes in its privacy policy. WhatsApp had given users till February 8 to accept the new policy, however, seeing the reaction of the people, the company has postponed it for the time being. Some users are getting unhappy with this update and are shifting to other platforms like Telegram, Signal. In view of the negative comments of people, WhatsApp is constantly giving clarification.

Share
Facebook
Twitter
Pinterest
WhatsApp
Previous articleWhatsApp is bringing new feature soon! The number of users who sent the Sticker…
Next articleMade in India game FAU-G will be launched in India tomorrow, know all about the game …