HomeAppsWhatsApp Vacation! Made in India messaging may come to India soon
Apps

WhatsApp Vacation! Made in India messaging may come to India soon 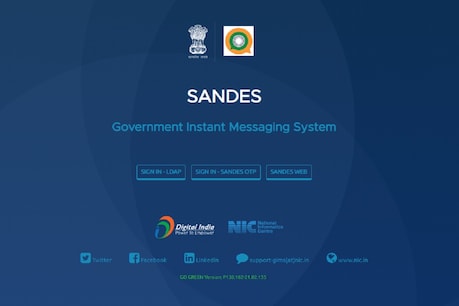 Contents hide
1 Sandes is a Made in India messaging app.
2 Testing of Made in India app ‘Sandes’ is going on and in the initial phase it is being used by government officials only. The news is that soon it will be made available to all the people.

Sandes is a Made in India messaging app.

Testing of Made in India app ‘Sandes’ is going on and in the initial phase it is being used by government officials only. The news is that soon it will be made available to all the people.

An Indian alternative to WhatsApp messaging service ‘Sandes’ can knock in India soon. According to the report, its testing has been started by the government officials. Sandes is a Hindi word which means ‘message’. The Government of India had talked about making this app last year and at present it is in the testing phase, and is almost ready. It is being told that in the initial phase it is being used only by government officials and soon it will be introduced to everyone. Although no information has been given about the rollout of the app in India, but if you visit the gims.gov.in page, you can see ‘sandes’. This app comes with all the features that are given in any instant messaging app. In this, users will be able to use features like voice and data.

National Informatics Centre, a branch of the Ministry of Electronics and Information Technology, handles the bank end of this app. According to the report, it has been made available for both Android and iOS platforms. If users try to sign-in the app via LDAP sign-in, OTP sign-in and sandes web sign-in, they get a pop-up which reads, ‘This authentication method is for authorized government officials’ is applicable.

(Also read- Great news for BSNL customers! 4G SIM card is available for free, the opportunity is till 31 March)

For information, let us tell you that last month, the government had asked the instant messaging app WhatsApp to withdraw the changes in its service and privacy policy, which was being done especially for Indian users.Government’s strictness on WhatsApp

The Central Government had told the Delhi High Court that the different treatment of Indian and European users regarding the privacy policy by WhatsApp is a matter of concern for it. WhatsApp was supposed to implement its new policy from February 8, but it was later extended to May 15. WhatsApp clarified that Facebook and WhatsApp cannot see the personal information of users, they are secure, and are protected with end-to-end encryption.