HomeAppsWhatsApp is bringing new feature soon! The number of users who...
Apps

WhatsApp is bringing new feature soon! The number of users who sent the Sticker… Contents hide
1 WhatsApp has introduced a new update for Stickers.
2 WhatsApp is soon going to introduce a very great feature for the users, which will change the chatting experience of the users. The new feature coming in the app is related to stickers. know all about it
2.1 WABetaInfo has also shared a screenshot of the upcoming feature. (Photo: WABetaInfo)

WhatsApp has introduced a new update for Stickers.

WhatsApp is soon going to introduce a very great feature for the users, which will change the chatting experience of the users. The new feature coming in the app is related to stickers. know all about it

WhatsApp keeps on introducing new features to the users every day. This is a popular messaging app used all over the world. It always keeps updating by adding new features to its app. A few days ago there was a report that the company is working on features like Read Later and Multi Device Support. Now a new feature has been found in the new report which can be introduced in WhatsApp soon. According to the report of WABetaInfo, WhatsApp is working on a new feature ‘Sticker Shortcut’. This feature will be given in the chat bar.

After the introduction of the new feature, whenever the user writes an emoji or any one word in the chat, WhatsApp will show three different icons in three colors. After raising the keyboard, WhatsApp will show all the stickers. The blog site said that this feature is in the development stage in the company’s Android app, and it will be available to beta users before everyone else. 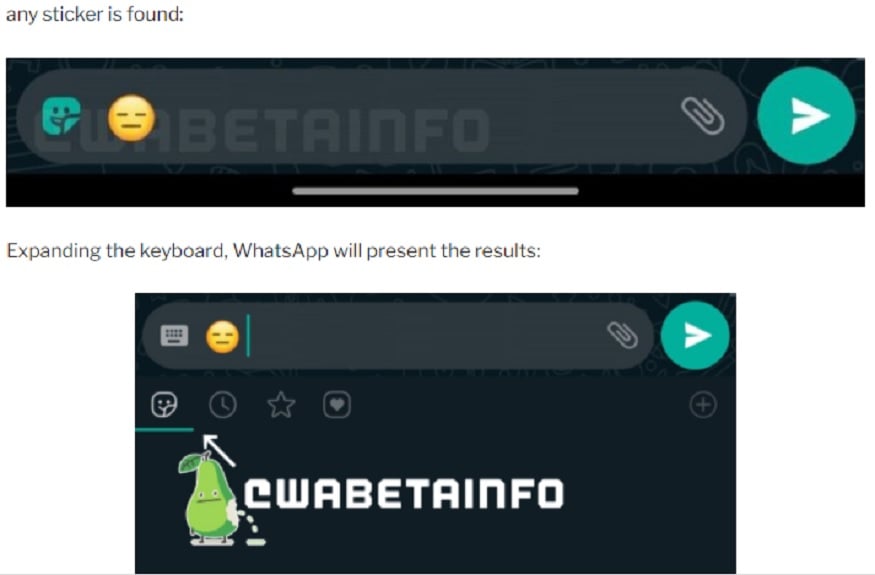 WABetaInfo has also shared a screenshot of the upcoming feature. (Photo: WABetaInfo)

New sticker update in the app

Apart from Sticker Shortcut, WhatsApp has released a new unlimited sticker pack in Android and iOS apps. For information, it has also been introduced for WhatsApp Web. The name of this sticker pack is ‘Sumikkogurashi’, which is 2.4MB in size. Users around the world can download it from the WhatsApp sticker store.