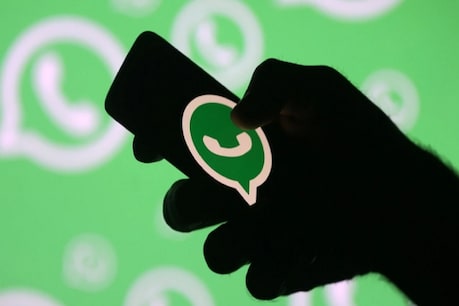 Contents hide
1 A new feature is coming to WhatsApp.
2 WhatsApp Update: Where earlier this feature was only for single chat, and was for group admin, now members of WhatsApp group are also going to get control of disappearing messages.

A new feature is coming to WhatsApp.

WhatsApp Update: Where earlier this feature was only for single chat, and was for group admin, now members of WhatsApp group are also going to get control of disappearing messages.

WhatsApp Update: Good news has come about the eagerly awaited new feature of WhatsApp. Here we are talking about the disappearing feature for the group. Whatsapp launched ‘disappearing messages’ feature in November last year. Earlier, where this feature was only for single chat, and was for group admin, now members of WhatsApp group are also going to get control of disappearing messages. WABetaInfo has reported about this feature.

According to the report of WABetaInfo, after the rollout of the new feature, the admin of a WhatsApp group along with its members will also be able to use the disappearing message feature. But according to the report, at present this service is limited only to the group administrator. That is, if you are also the admin of a WhatsApp group, then under the new feature, you can also enable this feature for the members of the group so that the members can also use the disappearing feature.

(Also read- Good news! 70 thousand premium smartphone will be available for just Rs 29,999, will get two screens and many more features)

WhatsApp is now rolling out the possibility to toggle disappearing messages for any group member!It was previously available for admin only. Details in the article.https://t.co/LTK8AeceDe— WABetaInfo (@WABetaInfo) April 12, 2021

What will change from now on?

At present, only admins in any group are able to enable or disable the Disappearing Message feature. Even in the new feature, it is in the hands of the administrator whether he wants to open this feature for the members or not.

(Also read- iPhone submerged in the lake for a year, started running again after removing, photo is going viral)

In this, the admin will have to select any one of the two options ‘All participants’ or ‘Only Admins’. According to the report, this new feature is currently being tested. This testing is being done in the latest beta version Android 2.21.8.7.

WABetaInfo has also shared a screenshot, in which it can be seen that ‘Edit Group info’ appears to be updated. A new option has been added to this, in which the option to ‘Enable disappearing messages for most’ only for group admins.