HomeAppsStories are getting deleted automatically in Instagram! Know what it is...
Apps

Stories are getting deleted automatically in Instagram! Know what it is and… 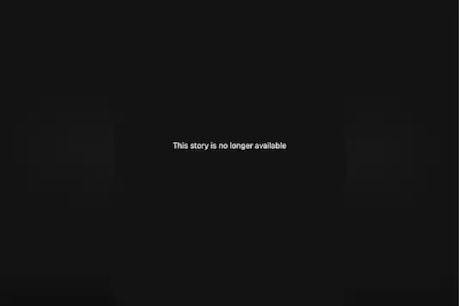 Contents hide
1 The company says it was a bug that has now been fixed
2 This bug in Instagram came to the fore when Twitter, Facebook and Instagram are also being accused of blocking users’ accounts for criticizing the government in handling the explosive Kovid 19.

New Delhi. Instagram (Instagram) users had to face a different kind of problem. Many users have complained that the posts made by them are getting deleted suddenly. Although Instagram claims that it is aware of this. The company says that this was a bug which has now been fixed. Due to this bug, posts, stories and even high lights were disappearing automatically. Justifying this problem, company chief Adam Mosseri (Adam Mosseri ) said that all this was happening because of a bug which has now been fixed.

This glitch in Instagram came at a time when several activists were trying to run an awareness campaign about missing women. Instagram said that the technical issue was not related to any topic or place, but its impact was visible around the world where people were affected by this problem. Although the company did not mention India in this, many activists in the country have mentioned this problem on Instagram regarding updates related to Kovid 19. It is not clear whether Indian users have also been affected by the so-called bug.

In a post on Twitter, Instagram said that the stories and updates that were affected due to the bug i.e. disappeared automatically, were re-shared by feed. The company says that most users were affected by this bug in America and Brazil. People in Colombia, East Jerusalem in particular, felt this was done to stifle their voices and stories. But Instagram says that this was not their intention. Adam Mosseri also said on Twitter that the technical glitch affected the stories, posts, highlights of millions of people around the world. They say that many people felt that Facebook-owned Instagram removed their posts because of the social media platform’s content or hashtags. The company chief also reiterated that the bug was not related to any topic.

read this also – New feature in Google Assistant, it will tell vaccine song at your request

Users in India made this allegation

Indian users on Instagram have faced some issues with Stories, posts and highlights in the last few days. That is, around the same time that Instagram reported the bug. Users say that stories and other posts related to Kovid 19 were removed. In India, the epidemic has taken a serious turn where more than 3000 deaths are taking place in the country every day. The bug came to the fore when Twitter, Facebook and Instagram are being accused of blocking users’ accounts for criticizing the government in handling the explosive Kovid 19.