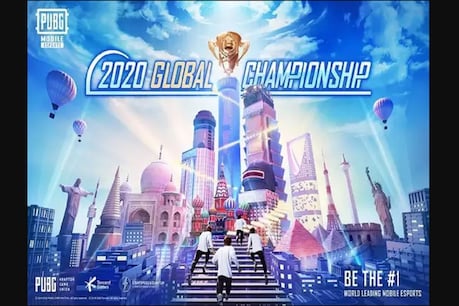 Contents hide
1 PUBG Mobile Global Championship 2020 will start from tomorrow i.e. 21st January.
2 The PUBG Mobile Global Championship 2020 will start on January 21, and will run till January 24. 16 teams from around the world will participate in PMGC 2020 and the winners will be given $1.2 million i.e. Rs 8.78 crore as a reward.

The PUBG Mobile Global Championship 2020 will start on January 21, and will run till January 24. 16 teams from around the world will participate in PMGC 2020 and the winners will be given $1.2 million i.e. Rs 8.78 crore as a reward.

The live streaming of PMGC 2020 will start every day from January 21 to 24 in India at 5:30 pm and fans will be able to listen to commentary in Hindi as well as in many other languages ​​including English, Nepali, Thai. On January 21, the tournament will start at 4 pm. In India, you can watch this championship on PUBG Mobile Esports, Facebook, YouTube and Twitch channel.

(Also read- Buy all models of Mi Smart TV very cheaply; Get huge discount on smartphones too, chance till January 24)

Points for each match will be distributed in placements. At the end of 24 matches, the team with the most points will be awarded the title of World Champions.

In the PUBG Mobile Global Championship (PMGC) 2020, a total of Rs 8.78 crore will be distributed as a reward and the first place team will get the most money. The team that comes first in this championship will get $ 7 lakh i.e. Rs 5.12 crore. On the other hand, the team ranked second will get Rs 1.46 crore. The third position team will get one lakh dollars i.e. 73.2 lakh rupees.