HomeAppsMade in India game FAU-G will be launched in India tomorrow, know...
Apps

Made in India game FAU-G will be launched in India tomorrow, know all about the game … FAU-G will be launched on 26 January.

Made in India game FAU-G is being eagerly awaited in India. This nCORE game is made by. This action mobile game will be launched on 26 January…

FAU-G Game is going to be released in India on 26 January i.e. on the occasion of Republic Day. FAU-G (Indian Shooting Game Fearless And United Guards) has been made in the country. The very popular mobile game PUBG in India was banned in the country last year, so FAU-G is ready to capture the market of PUBG. FAU-G is developed by nCORE Games. Fans are eagerly waiting for this made-in-India action mobile game. This can be gauged from the fact that the game has crossed the 40 lakh pre-registration mark on Google Play even before its launch.

This was disclosed by the game’s developer company nCore Games. The special feature of FAU-G is that there will be a fight between Chinese soldiers and Indian soldiers in Ladakh. Through this game you will be able to fight against Chinese intruders in Ladakh. 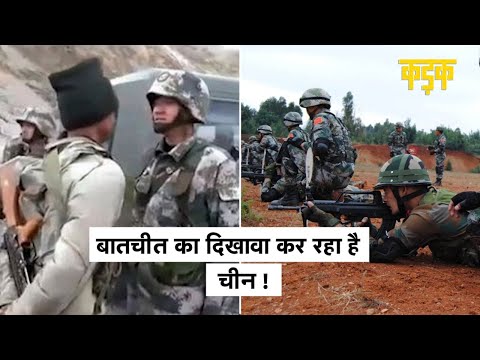 (Also read- Jio’s Dhansu plan! Get free unlimited calling for a whole year by recharging once, you will get a lot of data)In September last year, Chinese mobile game PUBG was banned in India after which FAU-G was introduced. There were speculations that this game would replace the Chinese company PUBG. FAU-G has been made by the Indian company nCORE. Recently, the company has made it clear that work was going on for this game for a long time. It should not be compared with PUBG.

Galvan Valley seen in the teaser

Many people will not be able to play FAU-G at the same time like they used to play in PUBG. FAU-G will have missions that will progress with the story. In this there will be only a few modes of multiplayer mode. Recently, the first teaser of FAU-G was released which showed the Galwan Valley. It was expected that this is the first episode of the game. Along with this, a new theme music was also launched in which Indian soldiers were shown fighting with the enemy forces.

During the first teaser, soldiers were shown fighting a battle, while in the second teaser it was also shown using weapons. In the first teaser, also give melee weapons in the hands of the soldiers which they were using. Any player who wants to play FAU-G can register themselves now by visiting the Play Store. Millions of people of the country are waiting for FAU-G. After the ban on PUBG, the FAU-G was waiting for several months.