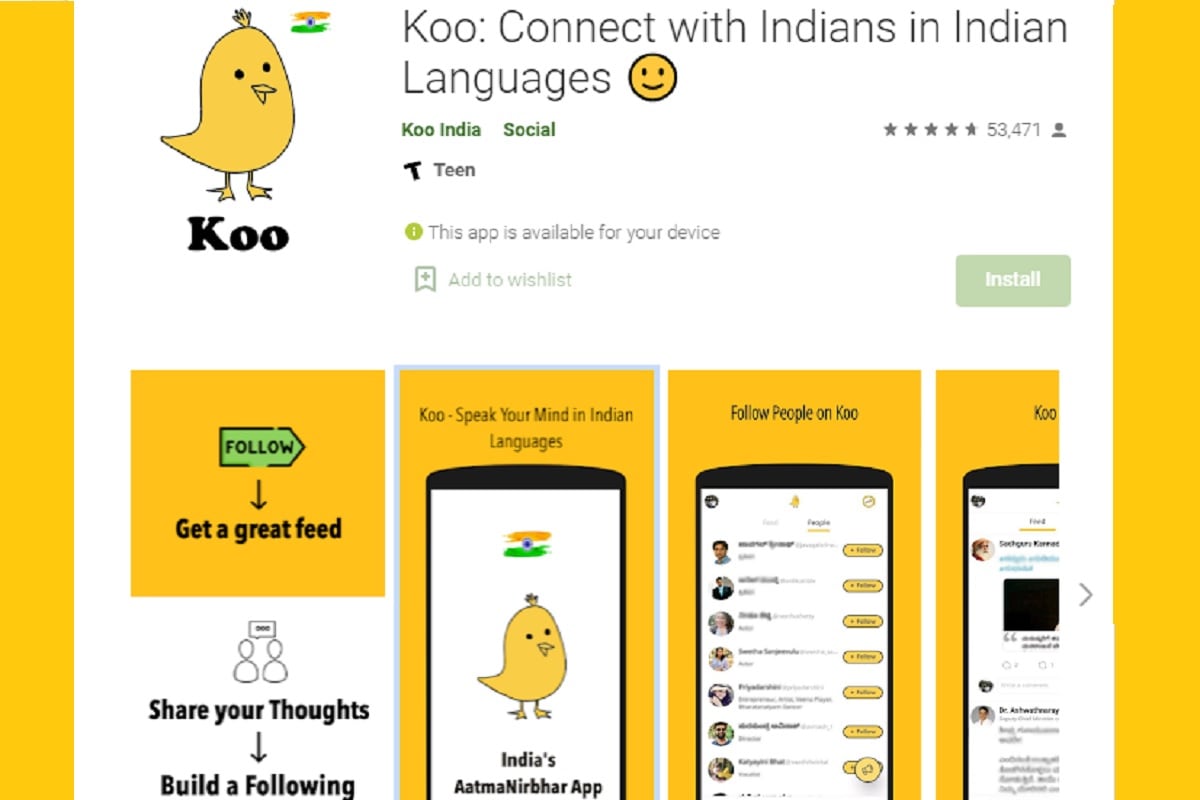 PM Modi gave the slogan of self-reliant India last year, after which many Indian developers have launched many made in India apps. One such Indian app is ‘Koo’ which is an Indian alternative to Twitter. Many Indian ministers and celebrities have signed up by downloading this Indian app. Important people like Union Minister Ravi Shankar Prasad and Railway Minister Piyush Goyal have also come to the Koo Club. Here we are telling you every important information about Koo …

Koo is the Indian alternative to Twitter. This Indian micro blogging website was developed by Apramya Radhakrishna and Mayank Bidawatka in March 2020. It is a micro-blogging platform much like Twitter which can be used to give your opinion on different issues.

This app is in 11 languagesThis app has been created under the AatmaNirbhar App Innovation Challenge given by the government in August 2020. This app supports Hindi, Telugu, Kannada, Bengali, Tamil, Malayalam, Gujarati, Marathi, Punjabi, Oriya and Assamese languages. Users can share photos, audios, videos and written content through the Ku app.

(Also read- Great news for BSNL customers! 4G SIM card is available for free, the opportunity is till 31 March)

If you also want to use this Made in India app, then you can easily download the koo app. It can be downloaded on both iPhone and Android devices. Android users can download the app from the Google Play Store and iOS users can download it from the Apple App Store. It has an average rating of 4.7 stars on the Google Play Store. At the same time, it has a rating of 4.1 on the iOS app.

So far this app has got more than 49,400 reviews on Android. So far it has been downloaded more than one million times.