HomeAppsIf you send videos on WhatsApp, then a great feature has come...
Apps

If you send videos on WhatsApp, then a great feature has come for you, … 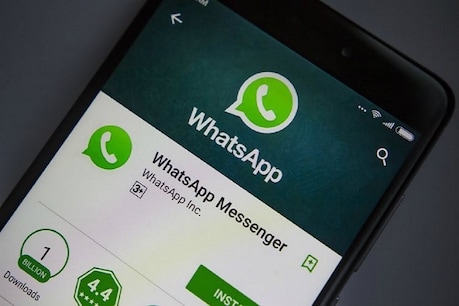 Contents hide
1 A special feature has come for videos on WhatsApp.
2 WhatsApp has got such a great feature, in which you can mute the voice of anyone while sending a video. Let us know how this feature works.

A special feature has come for videos on WhatsApp.

WhatsApp has got such a great feature, in which you can mute the voice of anyone while sending a video. Let us know how this feature works.

Offers more than one feature to the customers in WhatsApp. Now a new update has come for the customers. WhatsApp has added another special feature for its users. In this you can mute the sound of the video before sending it. That is, you can send the video and turn off its sound. For a long time, the instant messaging app WhatsApp was testing this new feature. Now its wait is almost over for all the users. Let us know which feature is going to be added to your mobile soon.

According to media reports, this feature can be seen on WhatsApp’s Android beta version 2.21.3.13. This special feature of WhatsApp will come to your mobile soon. Now its stable version has arrived. So far it may not have reached all the users, but it is expected that in the coming 1-2 days, this amazing feature will reach all the users.

How to use the new feature If you want to send such a video to any WhatsApp user, in which there is no sound. For this, you have to follow the process of sending the video as before.

>> The mute video feature of WhatsApp is given near the edit video option in the video sending window.

(Also read- Vivo’s powerful smartphone with 8GB of RAM has become very cheap, will get triple cameras and special battery)

>> Speaker’s icon is given on the top left side. To mute a video, users just need to tap on the speaker icon before sending it to anyone. The duration and size of the video have also been given above.

The company has been working on WhatsApp video mute feature since last year. Its testing was done in November last year on the beta version of the iPhone. After that now it has been done on Android. Now it is going to be available soon for all the users.