Good news for FAU-G players! Team Deathm will be available soon in the game… 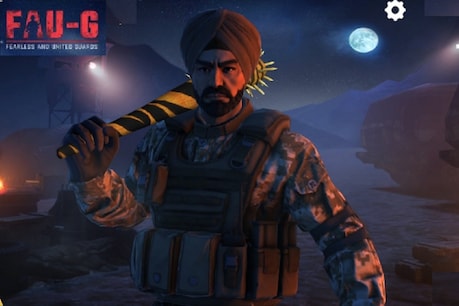 Contents hide
1 Team DeathMatch mode is coming soon in FAU-G game.
2 On playing the FAU-G game, most people say that not much content has been given in this game, but now this complaint of players is also going to go away. This is because Team Deathmatch mode is coming soon in the game.
2.1 Akshay Kumar has tweeted about the new mode coming in FAU-G. (Photo Credit: Akshay Kumar/Twitter)

On playing the FAU-G game, most people say that not much content has been given in this game, but now this complaint of players is also going to go away. This is because Team Deathmatch mode is coming soon in the game.

If you also play FAU-G game and you think that not much content has been given in it, then there is good news for you. A new feature is coming soon in the Made in India game Fauji. Actually, now the talk of giving Team Deathmatch mode in this battle game has come to the fore. Through this mode multiplayer content will be added to the game. Made in India FAU-G was launched in India on 26 January, and after that the game gained a lot of popularity. After the launch of the game, it was downloaded 50 lakh times in a few days. On playing the game, most people say that not much content has been given in this game.

But now Bollywood actor Akshay Kumar has informed through his Twitter account that Team Deathmatch mode will be given soon. Through this mode, users will also be able to play with their friends in the game. Akshay Kumar told in his tweet that under this mode players will be able to team up with their friends and be a part of the battle. Team Deathmatch will have two teams of five players, who will fight against each other. It is expected that a new map will also be added to it, because if there will not be more than one new map, then where will be the battle of both the teams. Actually no information has been received about when this mode will be launched.

(Also read- Vivo’s powerful smartphone with 8GB of RAM has become very cheap, will get triple cameras and special battery)

The FAU-G game has been created by Bengaluru-based nCore Games, which has now announced that it will soon bring a 5v5 Team Deathmatch mode to the game. After launching, FAU-G also became the top free game on the Google Play Store. However, soon the players started finding less content in this game. At launch, the game has been launched in a short single-player campaign mode, but at that time it also promised to offer multiple modes. It is believed that now gradually new features will be added to this game.